How to write dialogues: 10 keys to writing effective dialogues

If we listen to a real conversation and try to put it on paper, we immediately realize that this dialogue does not work on a narrative level. Real con

After the entries on the different forms of dialogue and the functions they have in the story, finally the third installment of this topic talks about the keys to writing a good dialogue. 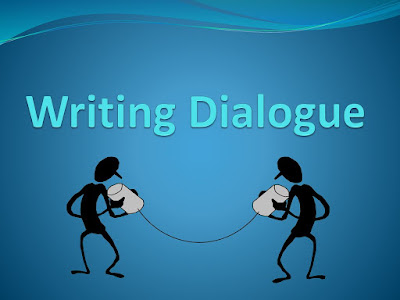 If we listen to a real conversation and try to put it on paper, we immediately realize that this dialogue does not work on a narrative level. Real conversations are full of interruptions, unfinished sentences, and inconsistencies. The key is to maintain that verisimilitude of a real conversation, although without so many setbacks. But how do we do it?

It is essential to give a character a voice to know as much as possible about him. His personality, origin, age, education, profession, time in which he lives... These are data that will give us the necessary clues to understand how he should speak.

Of course, be careful with the dialects or defects in the diction of the characters, because it can tire the reader to find pages full of misspelled or difficult-to-decipher sentences.

When you have to dialogue, try to put yourself in the shoes of the characters, interpret their performance. Do it out loud, don't be shy (that's the reason why, for years, I can only write privately).

If you become the actor of your own plays and perform them as you write, not only will it be easier for you to create dialogue that works, but you will even discover the gestures and actions that the dialogue is asking of you.

In general, use short sentences, omit verbs in some cases, be concise, dynamic, don't lose the rhythm and the dialogue will flow better. This does not mean that you cannot add longer or more complex dialogue interventions, but it is better that it is not the usual tonic.

Let's take as an example a fragment of the dialogue that I gave you in the previous post about dialogues.

Don't use dialogue to explain what should have been meant by the action. The bad guy who exposes his diabolical plan to the hero point by point only works in parodies. If you have to explain the whole story to a reader at the end for them to understand, you may need to revise it.

Also, don't use dialogue to say things that all the characters in the dialogue already know or that no one has asked. Always ask yourself if the sentence that is pronounced in each dialogue makes sense, if someone could really pronounce it.

As an example, taking a fragment of Douglas Adams's dialogue, it is clear that this is not the same…:

5. Interrupt from time to time

Also taking the previous dialogue as an example, a good way to make the dialogue believable and give it rhythm is through interruptions. Add breaks, questions and comments to make the conversation more fluid.

6. Anger them, make them doubt

The characters have to live through the dialogue, show their moods, change their minds, be happy, doubt, get angry or angry. Again, play the role and notice how he has to say it, how the character feels when he says that sentence. This will help you find out what words to use and how to say them.

Like any other element of the narrative, when there is a dialogue it should be because it is the best way to tell that fragment, because there has to be. So, if you write a dialogue, try to do it for something, because it makes the story evolve, because at least one of the characters changes their mood, because things will happen while they speak.

8. Break it with action

Don't forget that while we're talking, we're not usually still. While we're talking, things are also happening, and sometimes stopping the dialogue to explain what's going on also brings realism to the scene, as well as helping us move it forward.

9. Do not go overboard with the "said"

These types of dimensions should be noticed as little as possible. On this point I wrote a post some time ago called the narrator in the dialogues, where I explain in more detail how to use the stage directions while the characters speak.

As in all narrative techniques, the best way to learn is by writing and reading. Paying attention to how teachers do it is essential to improve our writing.

When you're reading a novel or short story and come across a piece of dialogue that works well, underline it, photocopy it, annotate it, or mark it in some way. Then go back on it and shred it until you understand its mechanism. Few things will help you more than this.