Which languages ​​are the hardest to learn?

Language learning is a way to connect with people from all over the world. A person who can interact with people using basic phrases is better than

Language learning is a way to connect with people from all over the world. A person who can interact with people using basic phrases is better than viewing another language as gibberish. Let's see which are the most difficult languages to learn in the world. 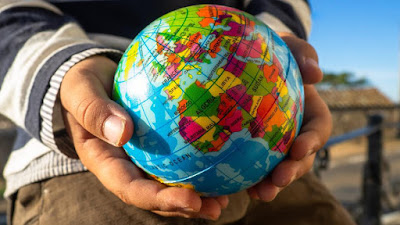 There is much debate about which language is the most difficult to learn. Also, the ones that are difficult are usually for entirely different reasons. For example, tonal languages, where the pitch of your voice can change the meaning of a word, are notoriously challenging and difficult. Other languages are difficult because the writing style is very different: writing/reading from right to left, using characters, etc. Then there are languages that have either incredibly rigid or extremely loose grammar rules. If a language has one, two or all three obstacles, it can become frustrating and considered difficult to learn.

Languages from the same family tree that your mother tongue originated from are easier to learn. People see English as a difficult language, but English speakers find it more difficult to learn other languages.

We did some research to present the most difficult languages to learn and why they are difficult to understand.

1. One of the most difficult languages to learn: Arabic

The most challenging language for a speaker of Latin languages is Arabic. It has a completely foreign alphabet. Also, people find it difficult to get along with the script and direction of the reading.

The speech patterns and sounds of Arabic are much more different than those of French, German, or English. The rest of the Germanic languages have the same cognates and vocabularies.

People who are fluent in the alphabet will also need to control vowel markings. Because vowels can change the meaning of a sentence completely.

2. Mandarin is really hard to learn.

Mandarin is a language that belongs to the group of Chinese languages. It is one of the most spoken languages in the world. Even so, for a native Spanish or English speaker, learning Mandarin is a big deal.

It is a tonal language, and each sound in the Mandarin System contains different pronunciations. The Chinese language is so rich in homophones and full of idioms and aphorisms. All of these idioms are derived over a long course of history.

These facts make it very difficult for a person to learn Mandarin unless they know a little about this culture. To add more flavor, this language has its alphabet!

3. Japanese enters the list of the most difficult languages to learn

One of the most difficult languages to learn, Japanese is more comfortable to speak compared to Mandarin, but what makes it exist on this list? Japanese has a wide range of alphabets that need to be learned before writing Japanese.

It has its own three independent writing systems known as Hiragana, Katakana, and Kanji. These writing systems have thousands of alphabets and characters, which can be difficult to learn.

4. Finnish is another of the most difficult languages to learn

The Finnish language has the most challenging grammar. It sounds and looks a bit similar to English due to its pronunciation and letters.

But the grammar makes it much more complicated than English. Then there is classical or old-fashioned Finnish, which makes it more difficult to learn.

The way contemporary Finns express themselves is quite different from the rest. That is the reason why it is one of the most difficult languages to learn. If you are looking to learn Finnish, prepare to enter a grammar maze!

Is English a difficult language to learn?

It is a recurring theme that is always talked about. The people I know who have Spanish or Basque as their mother tongue generally consider English as an easy language, French and Spanish as difficult, and German or Basque as very difficult, but this is a very misleading perception. and very subjective.

We can say, generalizing, that English is an easy language to understand and speak at a basic level. This makes many people see it as an easy language. However, as the study of the language progresses, its complex structure and vocabulary are better covered, and it is not so simple anymore, as is logical. Part of the complexity is due to its origin, since the English language is the sum of several languages that are very different from each other. It is the mixture of the languages of the Angles, Saxons and Jutes tribes with Latin, plus the Viking languages and the French of the Normans, almost nothing.

It is one thing to understand oneself and be understood in a language, that is, to communicate, and another thing to express oneself correctly, fluently and precisely, both when speaking and writing. This is not to mention the pronunciation and oral and written comprehension, the richness of words or the grammatical complexity of each language.

If we dare to watch a movie or read the original version, for example, JK Rowlings (Harry Potter), JRR Tolkien (The Lord of the Rings) or Jane Austen (Pride and Prejudice), of course, the English language will not even seem easy, neither simple nor simple. On the contrary, we will find an expressive language, rich and full of nuances, just like any other language.