Oxidation is defined as the addition of oxygen/electronegative element to a substance or rememoval of hydrogen/ electropositive element from a susbtance.

Reduction is defined as the memoval of oxygen/electronegative element from a substance or addition of hydrogen or electropositive element to a substance.

Oxidation number for an element is the arbitrary charge present on one atom when all other atoms bonded to it are removed. For example, if we consider a molecule of HCl, the Cl atom is more electronegative than H-atom, therefore, the bonded electrons will go with more electronegative chlorine atom resulting in formation of H+ and Cl- ions. So oxidation number of H and Cl in HCl are +1 and –1 respectively.

The following points are important to determine the oxidation number of an element.

In this reaction, Zn is oxidised to Zn2+ so Zn is reducing agent and Cu2+ is reduced to Cu so Cu2+ is an oxidising agent. 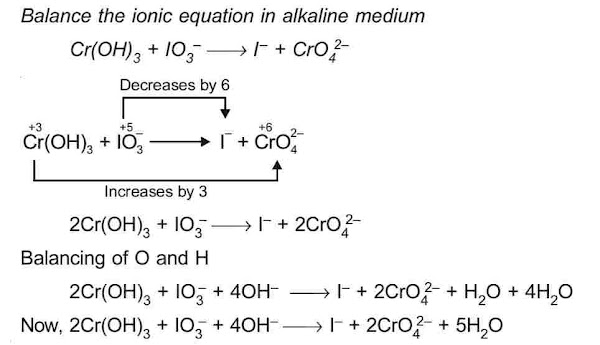 A galvanic cell or voltaic cell is simple electrochemical cell in which a redox reaction is used to convert chemical energy into electrical energy. It means electricity can be generated with the help of redox reaction in which oxidation and reduction takes place in two separate compartments. Each compartment consists of a metallic conductor and dipped in suitable electrolytic solution of same metal. Metallic rod acts as electrode.

The compartment having electrode dipped in solution of electrolyte is known as half cell and a half cell has a redox couple. A redox couple means a solution having reduced and oxidised form of a substance together, taking part in oxidation or reduction half reaction. It is depicted as M+n / M i.e., oxidised form / reduced form. To prepare a galvanic cell two half cells are externally connected through a conducting wire and internally through salt bridge. 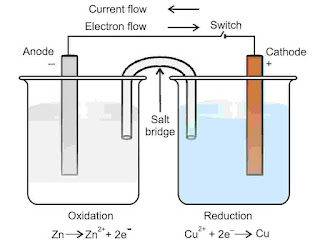 This cell can be briefly presented in one line, known as cell notation i.e.,